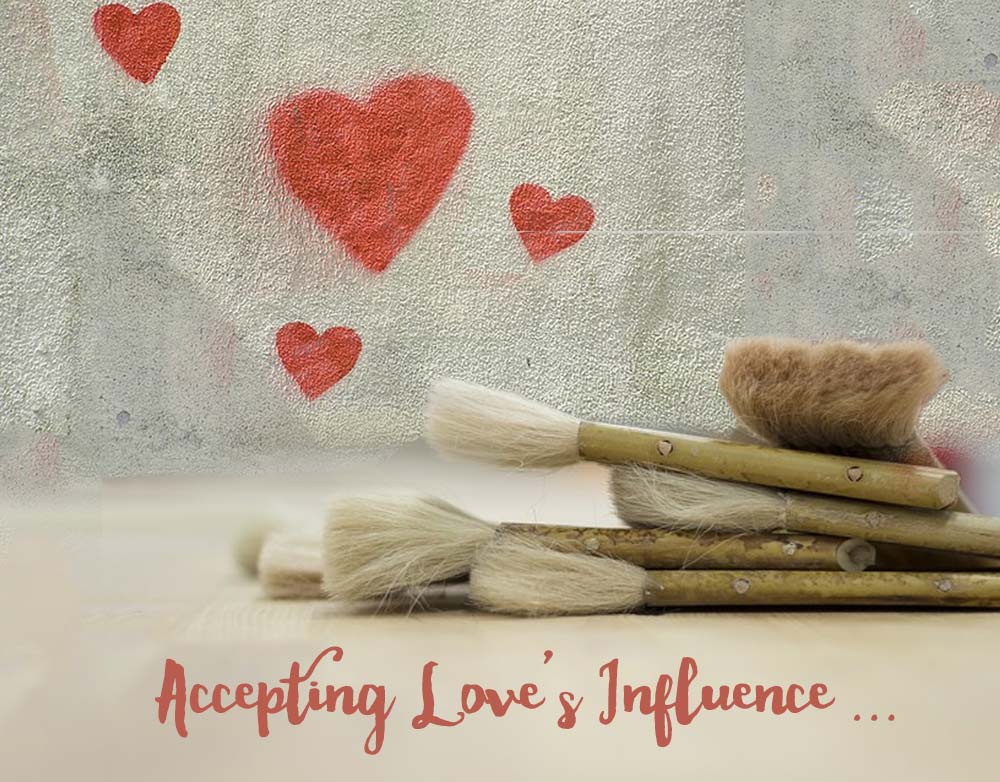 How Accepting Influence Helps You Make Peace With Your Differences

He works long hours; she wants him to come on time for dinner as a family. He likes their place tidy; she forgets to put things away. She wants to hear what he’s thinking, but he’s silent. They may never solve these differences. But they can live with them better by accepting influence from each other.

Sadly, many couples try to solve differences by fighting. But differences naturally persist. Accepting influence is key to lasting harmony and love.

Overall happiness depends a lot on how couples manage their differences. Why do some couples go from conflict back to closeness, while others grow apart? Accepting influence from each other is key to keeping love strong even when you are two different people.

The Fear of Disconnection

A common — but mistaken — hope is that “getting my way” will make everything all right. When a couple sees that their relationship is in danger, underneath is an urgent need for reassurance and belonging (“Are you there for me?”).

“Our loved one is our shelter in life,” explains psychologist and researcher Sue Johnson. At the first sign of trouble — perceived indifference, rejection, dismissal or abandonment — something inside goes into panic mode. If we think we have lost our partner’s understanding, our fear may drive us to restore it as fast as we can. In our urgency we may make angry demands for compliance or change from our partner. He or she may withdraw to avoid hurt. The conflict becomes a win/lose proposition.

True agreement isn’t something we can demand of a partner. But we can offer the acceptance and connection our partner wants by witnessing and accepting differences.

We first need to become aware of our partner’s inner state (hint: build a love map). Just seeing it shows our partner they matter.  Our partner needs to know he or she can influence awareness. Knowing you matter — your partner sees your point of view —  is essential to finding compromises we need for a relationship to feel safe and good.

This isn’t just an opinion; research reveals that accepting influence helps couples solve problems. In trying to find what made some couples “masters” of happy relationships, and others “disasters,” Drs. John and Julie Gottman studied and scored thousands of interaction patterns between couples over decades.

One particular behavior emerged as a key to a couple’s overall happiness: accepting a partner’s influence — particularly acceptance from men. Gottman observed more women entered married life already able to tune into their mate’s worldview. Men, he found, were generally less able to consider their wife’s wants and wishes. These men more often found themselves in troubled marriages. Those who allowed influence — especially men who allowed a wife’s influence — enjoyed happier, more secure and long-lasting relationships.

Gender Differences as a Positive Influence

This difference may come as no surprise. Many women find themselves more adept at tuning into other’s feelings than their male partners. Some men believe like they just can’t keep up with the finer points of thought and emotions, or they feel unequal in terms of verbal skills, so they back off. This is an important difference to realize, both as a source of much frustration and opportunity for progress.

When you’re frustrated and finding fault with your partner, it may seem nearly impossible to open your mind to your partner’s point of view. One of you begins raising the volume of discontent — the other increasingly shuts down, walks away, or gets defensive. These demanding/defending patterns, says Sue Johnson, are Demon Dialogs.

Dispelling these demons means making the patterns your enemy — not your partner.

How can one partner help the relationship be more flexible, especially if the other partner is weaker in that area?

Let’s start with a deep breath and a moment of calm.

Conversations about unresolved differences are best begun softly and with kindness. Reaching out gently makes a big difference in problem solving, the Gottmans discovered. A softer start (devoid of blame and accusation, for example) is essential to being able to talk things through.

What we traditionally call feminine traits may actually be biological advantages to help couples regain balance. “Men and women really are different,” Gottman writes in Seven Principles for Making Marriage Work. The “male cardiovascular system remains more reactive than the female and slower to recover from stress,” he explains. An angry start to conversation may trigger a flood of reactivity that dooms hopes of reaching deeper understanding. A softer start can avoid triggering survival physiology that primes males for battle. Gentle curiosity gives thoughts and feelings a better chance of coming to the fore.

A Day Without Influence

Let’s take a hypothetical example. A woman tells her partner, “I want new paint in the living room. We could do with a different color, and I don’t want to pick it out by myself. I want your help.”

Let’s say that her partner doesn’t show any interest in new paint. But she wants to do this as a couple, so she compels him to come with her to the paint store. And so they go and begin looking at all the different colors of paint. He’s getting overwhelmed. She asks for help from the salesperson, hoping this will get her husband talking and agreeing on the right paint. And the husband just doesn’t engage. She’s feeling like she’s doing this all by herself again — her plan to handle this together has backfired. She gets angry. And they go home in stormy silence without any paint.

Now how can a couple go about this differently if they want to invite each other’s influence?

Many things need to go differently in this scenario to give influence a chance. She starts by making a bid for connection with her partner around the decor. And he’s clear that he’s indifferent. This disconnect could be an opening for influence. There’s his lack of interest. What sense does she make of it?

She could ignore it or dismiss it, express hurt, or she could get curious with him about why it’s not important to him. Leaving out all anger, hostility or a desire to hurt him back — she is openly, genuinely curious: “So, this is important to me, and I’m not sure why this isn’t important for you. What part of this idea don’t you like?”

By answering, he is already accepting her influence to talk about it. And if she can listen to his answers, they are on their way to facing the issue along side each other as a team.

He may say it isn’t high on his priority list. He pictures the mess and the fuss and too many trips to the store, and all of his Saturdays gone, and no time to relax together or to watch the game. Well of course, she sees it makes perfect sense that he does not want to repaint the living room, and it isn’t a sign he doesn’t care about her.

She may hear he feels decorating is the woman’s job — he feels stupid about these things and he doesn’t want to expose his ignorance about what looks good. He may not even know what the trouble is: “Honey, going to that store and looking at three thousand paint chips — I just don’t know what to do.”

A cycle of frustration may have formed over the years for our hypothetical couple. He may feel he is not appreciated, his ideas are never going to count – she’s going to do what she wants anyway, and if he tries to chime in he’s just going to get it all wrong.

Opening up the attributions each person makes is the important thing. If she thinks that he is indifferent to her or doesn’t care about the family, that’s going to be painful for her. If he expects to be judged or dismissed offhand, he will hurt too. By understanding how each person is reading the situation, they can dispel a lot of hurt and anger.

Many couples operate without awareness of their partner’s thinking. With a lack of mutual influence, outcomes like the first scenario at the paint store are more likely to play out.   If one partner can instigate curiosity, their mutual influence can open up many possible options, including one more likely to feel good to them both.

Acceptance and Enjoyment Despite Differences

As a therapist, often times I see couples who want their spouse to be somebody different than he or she is. Many times, a couple will spend years trying to get their partner to be somebody else. So much distress comes from the meaning we make from our observations and emotional bias, rather than the understanding we might find our partner could offer, if we would only explore.

Accepting a partner’s influence is important, not just because research says it’s an attribute of happier couples. As a therapist, when I see partners accepting each other rather than trying to change each other, we see so much frustration and resentment go away. There is a lot more room for appreciation, forgiveness and enjoyment of each other.

Not every problem will be solvable. When you agree to disagree, how do you prevent this from becoming a wound in the marriage? Allowing your partner’s influence you care about being a team. You may not resolve every matter, but you become more clear about what is truly important to you both, for example:

“We’re in this life together.”

“I understand where you’re coming from.”

“You’re important to me.”

The secret to resolving differences successfully lies in recognizing that both of you are driven — sometimes blindly — by fears that your sense of safety and belonging are threatened. You can’t really calm these fears by force. You both want freedom from isolation, danger and disinterest through your feeling of connection. When you open to each other’s influence, you confirm that you’re there for each other, by seeing, appreciating and enjoying more fully who your partner really is.